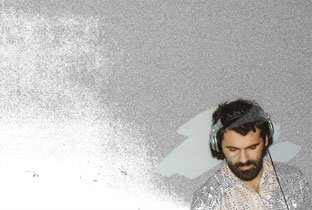 Founder of Pizzico Records (ambient & fool disco oriented trademark), Billy decided to buy a couple of Technics 1200 in 1994 thanks to the mid-nineties electronic music explosion. Heavily conditioned by 90’s ambient and dance style, acid jazz, old and dusty disco vibes, movie soundtracks and 8’s new wave, his mixture secretly suggests to go through musical genres and seems to be plunged into underground music subpoenas. Obsessed by weird cinema Billy still try to make his own battle against conformism (which still looks well dressed and well thinking) through his music, just looking like a fighting squatter trapped in a sci-fi cult movie: his synthesizers are laser guns, his jeans jacket is ripped off cause of the star battle, his bandana is totally wet, at the end of the movie Billy will discover that the real enemy dwells in his soul. End credits.

We can quite surely say that Billy’s music sounds postmodern but we hope it will never become subcultural.