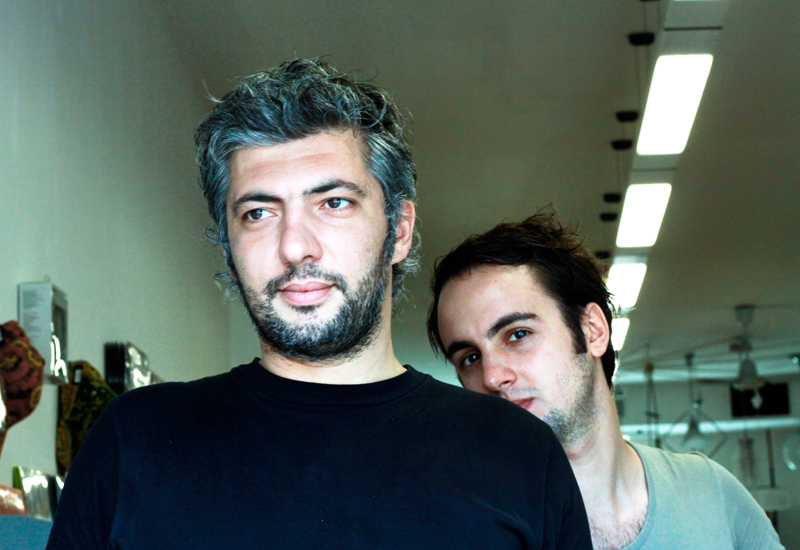 Party animals, DJ’s, producers, owners of one of the best record shops in Milano. The Barking Dogs is a musical project started in 2006 by Cristian Croce and Nicola Mazzetti. The Barking Dogs have developed, throughout the years working as dj’s, their own taste and style and with their dj-sets they spread the same energy and passion they put in their musical research. During the season 2009/2010 they have been resident dj’s at the famous Plastic club in Milan – a legendary venue that gives the duo the possibility to continuosly improve on their “four hands on a mixer” skills. Their style has its roots in original disco and old-school house music, deeply influenced from different cultural contaminations coming from both past sounds and new stuff. Rock and Tech crossed with groovy and soulful beats, riding the awesome vibes that only a vinyl groove under a needle can give. Their first release is a 10″ limited edition white label “Re-incantation”, a Balearic trip with a warm beat, quickly sold-out in Italy and Europe. Following it up are the successful hit “The guitar man” with a dirtier old-school sound and their third release, “Hi-nrg”. In 2009 comes the fourth release “It’s What” signed here on Mad On The Moon records and remixed by Phillip Lauer on the B-side. 2010 is for the duo a prolific year of collaborations: with Hard Ton on Gomma Records and with singer and sax-player Jessie Evans for the “Versus” project, their second release on Mad On The Moon. As managers and resident djs of the Discosafari Nights, The Barking Dogs promote the Italian and international disco-house movement, collaborating with the most significant names of the underground field and always with support from djs like Severino (Horse Meat Disco) , Prins Thomas, James Murphy, Ellen Allien and Todd Terje.